Skip to content
Pin
Share
Tweet
It was a rainy Saturday in our neck of the woods. I did my usual running/tennis morning routine and then spent the rest of the day getting ready for supper club and pulling out my Easter things. I’m still in the process of bunnying up my house for Easter.
The Supper Club theme for this month was St. Patrick’s Day. Stacey made corned beef, cabbage, and potatoes and also a vegetarian shepard’s pie for her husband. She used some kind of protein crumbles in the dish and NONE of us could tell that it wasn’t beef. To quote Larry the Cable Guy, “Can you believe that?” I really wanted to take pictures of Stacey’s dishes because they were so yummy and she had them arranged so beautifully, but I was afraid that she’d think I was wierd for photgraphing her food. I did appetizers, one couple did mashed potatoes and Irish Soda Bread, two couples did salad, and the final couple did dessert. My very favorite dish of the evening was Keith’s Irish Soda Bread. It was moist, sweet, and was sprinkled with golden raisins and caraway seeds.
I decided to do stuffed cucumbers for an appetizer since they are green. Happy Homemaker did a post on how to make these last year. Thanks to HH for the recipe idea!
Stripe the cucumbers and cut into thick pieces: 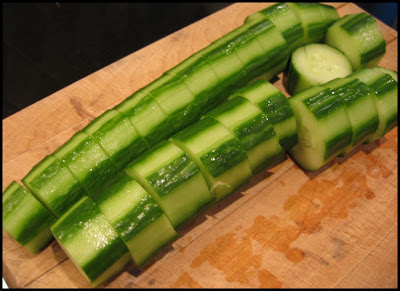 Use a melon baller to scoop out a section for the filling: 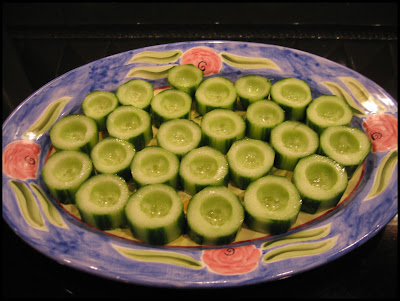 I bought a tub of onion flavored cream cheese to use for the filling. I’ve also used garden vegetable flavor and that’s good, too. I whipped it in my mixer for a bit and then added a little sour cream to thin the mixture. Put the mixture in a piping bag and fill the cucumbers. 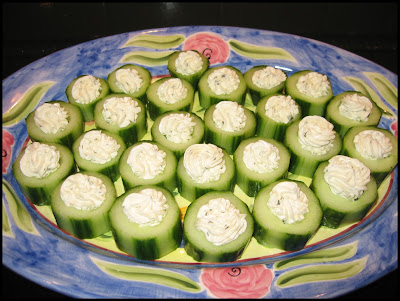 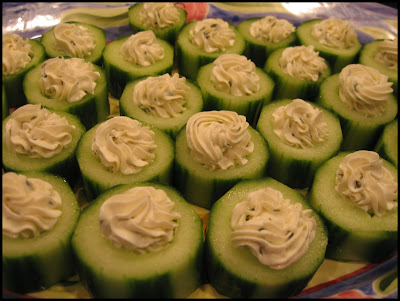 Our friends really liked these!

I also made Pimento Cheese from the “Food to Die For” recipe book. 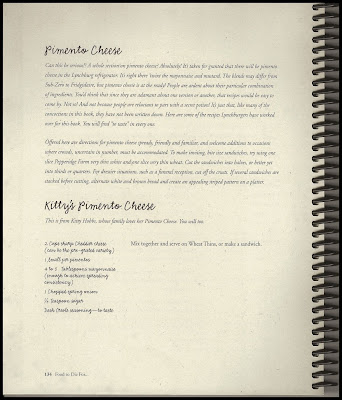 I added a dash of Tabasco Sauce instead of the Creole Seasoning called for in the recipe. I did not add the sugar. My friends raved over this. Two of the couples there own this cookbook! 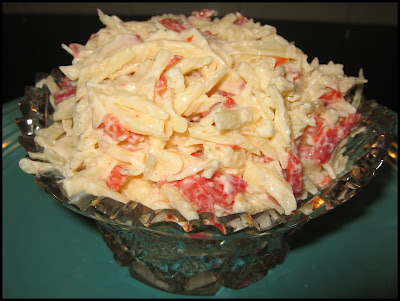 Stacey and Kevin hosted Supper Club this month. They live in a 1950’s home that was super modern when it was built. I know you really don’t want to see pictures of my friends, but notice the details of the home when you see the following pictures.

Juno decided to give Mr. SP a big old hug. Dogs and kids love Mr. SP. Note the built in bookshelves and the windows to let in light. 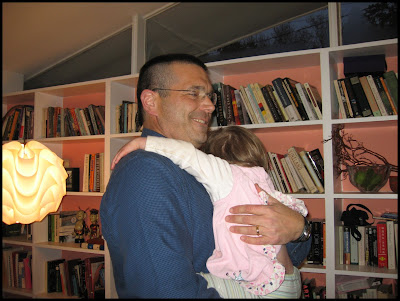 The green in the background is the galley kitchen. The refrigerator and freezer are built into the upper cabinets. Look at the wild orange wall. That’s actually closet doors. This house has an unbelievable amount of storage for such a small space. Notice that the walls don’t go up to the ceiling. 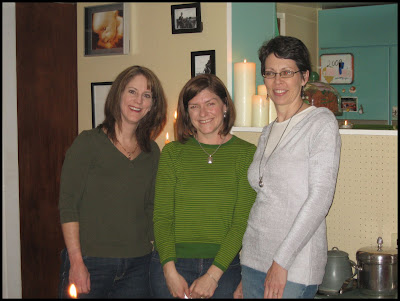 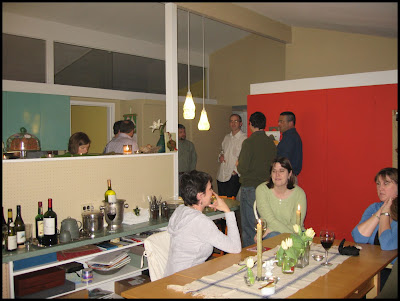 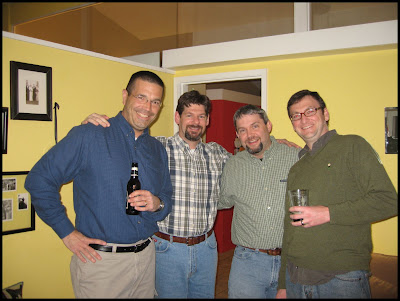 The wide door behind me is actually a sliding door. Mr. SP and I wondered why the door was so wide because it looks like a regular door. It took us a few minutes to see that it actually slides. 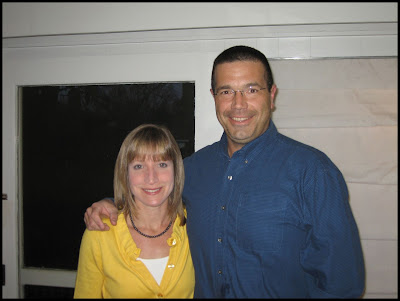 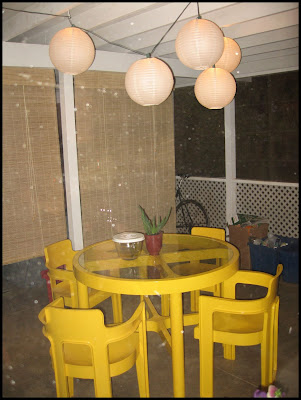 The above picture is the patio. There’s a hot tub behind the shades. Don’t you love this modern looking patio set? I would not enjoy living in this home because I like a traditional space, but it is just perfect for Stacey and Kevin who like a more modern decor.

Our next Supper Club will be a Cinco de Mayo theme. That will be a fun one! 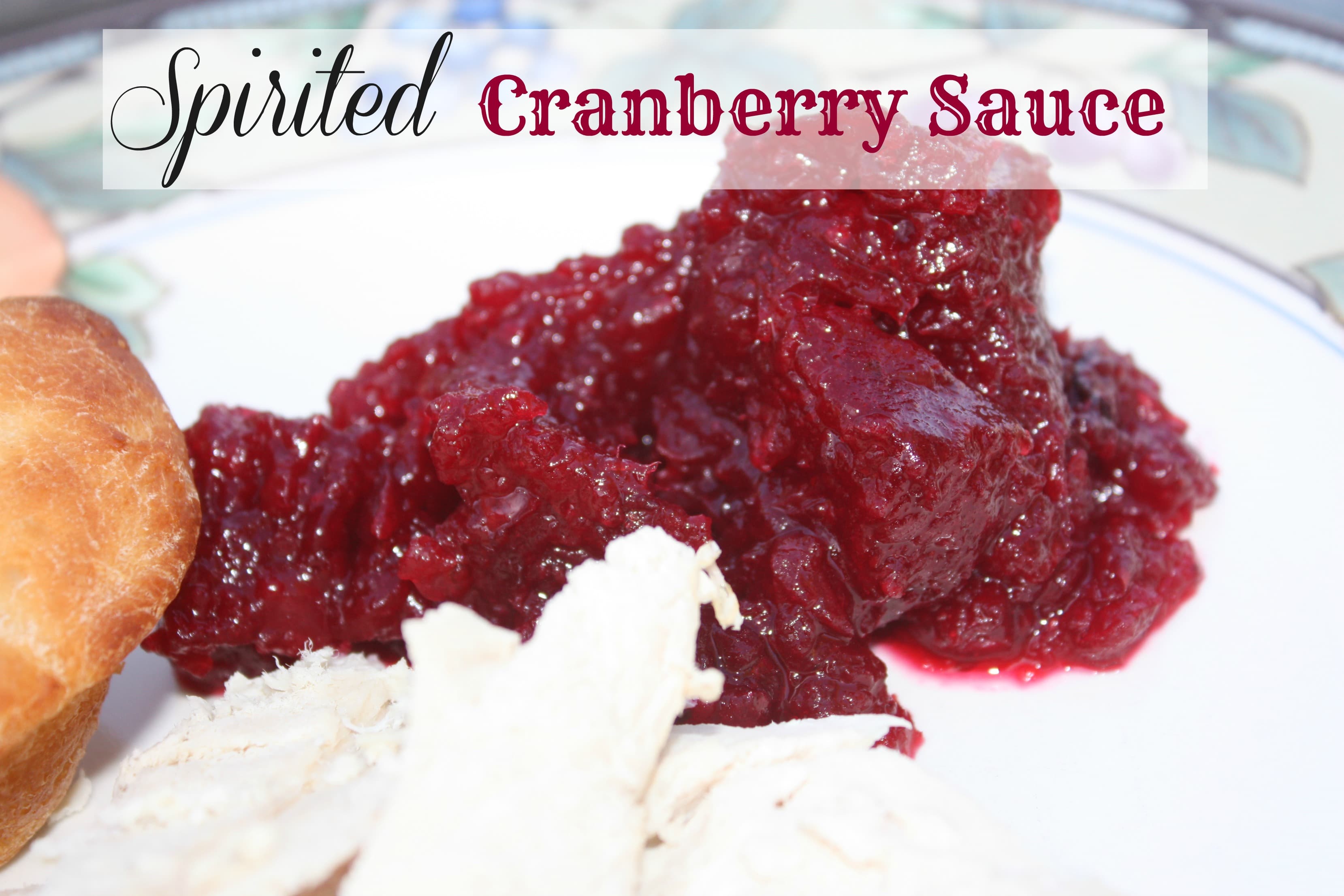